Home » What Does it Mean to Be Indicted?

What Does it Mean to Be Indicted? 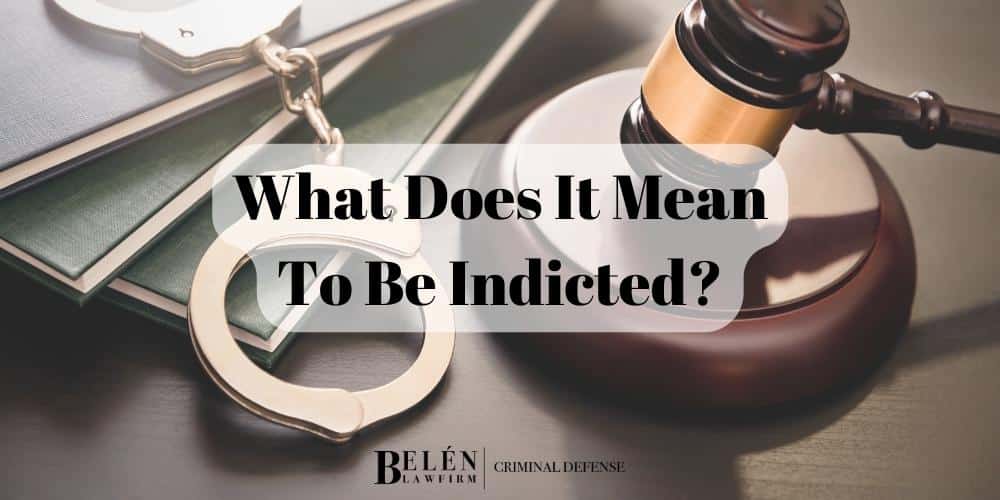 Being arrested can be a terrifying and confusing process, especially if you don’t know what to expect. Law enforcement officers are not going to answer all your questions, and often the only people on your side are your loved ones and your defense team. You may think that the criminal prosecution process begins with your arrest, but this is not often the case. Most criminal cases begin with an indictment. In this article, we’ll explain what it means to be indicted and how an experienced defense attorney like Belén Olmedo Guerra can help protect your rights and your freedom. If you or a loved one has been indicted, you need the Belén Law Firm in your corner. Schedule a free case evaluation today by calling (602) 715-0908.

What Does Indicted Mean?

Being indicted means you are formally accused of committing a crime. This does not mean you are guilty of a crime or you immediately go to jail. This is simply part of the process of criminal prosecution. If you have been indicted, it means a grand jury has probable cause to believe that you have committed some sort of crime, typically a felony.

An indictment is a “formal accusation of a criminal offense.” A draft indictment presented by the prosecutor (though the grand jury has the final word) lists the details of the crime and any charges the prosecution is pursuing. Only grand juries can indict someone in a criminal case. Grand juries are presented evidence to determine whether or not the criminal case can proceed with the evidence gathered. If the grand jury decides to indict, formal charges are brought against the defendant.

Indictments can happen before or after an arrest. If members of law enforcement witness you committing a crime, they can arrest you and begin an investigation. If you are only suspected of committing a crime but there is no concrete evidence, the prosecution may present evidence to a grand jury and seek an indictment and arrest warrant.

Being indicted and being charged may seem like very similar situations, and that’s because they are. The key difference between an indictment and a charge is the party who filed the charges. When a prosecutor files criminal charges against the defendant, this is referred to as “being charged” with a crime. If a grand jury filed charges, this is known as an indictment. To the defendant, there is often no difference. The next step in the criminal prosecution process is often an arrest.

An indictment does not mean a person is guilty of the accused crime. The conviction usually happens at the end of the case, while an indictment signals the beginning of a criminal case. An indictment can happen before a suspect even knows they’re being accused of a crime, but a conviction happens after a guilty plea, or a defendant is found guilty beyond a reasonable doubt by a jury of their peers. 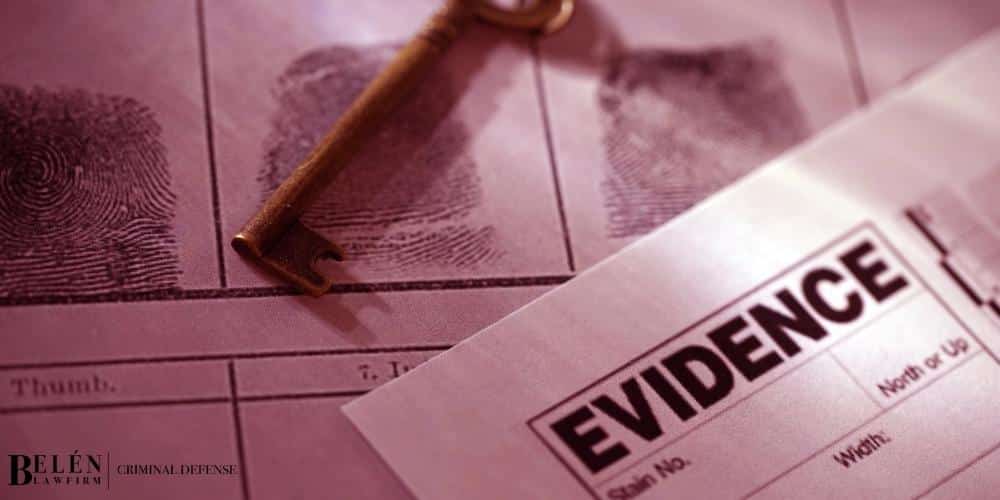 What’s The Difference Between a Complaint and an Indictment?

In Arizona, there are two different ways a person can be charged with a crime. A prosecutor can file a direct complaint against a suspect after law enforcement files an arrest report. This is often for misdemeanors and lower-level crimes. Indictments by the grand jury are usually reserved for felonies. For felonies at the federal level like drug trafficking or kidnapping, the federal government must use a federal grand jury to indict.

Many prosecutors often prefer to have an indictment rather than a direct complaint charge. An indictment allows witnesses to testify and the prosecution team to present evidence against the suspect without the defendant being present. This is a test run of sorts for the trial that may or may not come.

Being indicted does not mean you are sentenced to prison. An indictment does not mean the prosecution has concrete evidence against you; it means they have convinced a grand jury that there is enough evidence to pursue a criminal case against you. You still have the option to plead “not guilty” to the crimes you are accused of and fight the charges in a criminal trial.

A Grand Jury may issue a bond along with an indictment, which means that there will be an order for your arrest, and the bond will be set at the initial appearance. If a bond is set, you and your loved ones have the opportunity to bond you out during the life of the case, but prior to the case settling.

What Happens After a Grand Jury Indictment?

After a grand jury indictment, a warrant will be issued for your arrest unless you are already in police custody. The arraignment will be the first time you appear in court, and you will be able to hear the charges against you. The arraignment is also where you can enter your pleading (guilty or not guilty) as well as establish any plea bargain available. 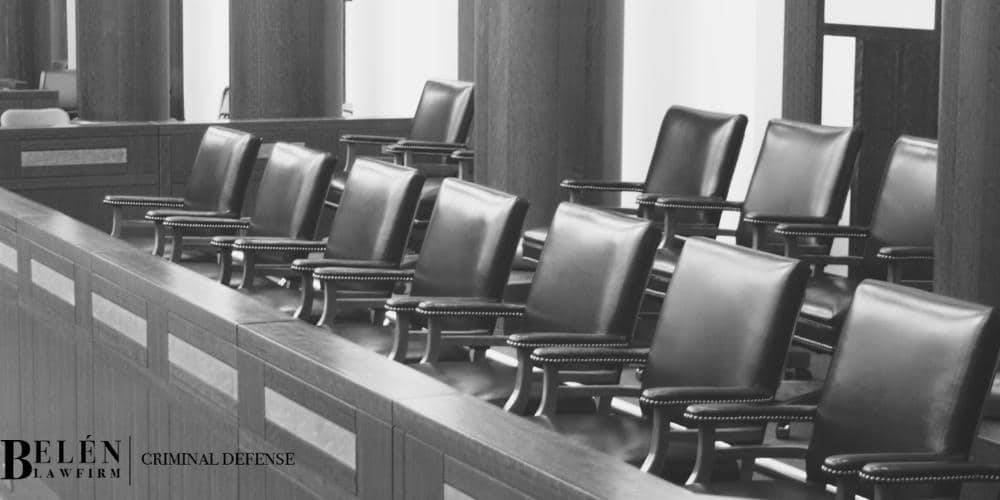 Will I Have To Go Before a Federal Grand Jury?

A federal grand jury is reserved for federal felony offenses. This includes drug trafficking, manufacturing, kidnapping, treason, and a host of other federal offenses. Someone suspected of a crime never has to go before a grand jury. The prosecution team and any relevant witnesses are the only ones in the courtroom during grand jury business.

Do I Need a Lawyer if I’ve Been Indicted?

The criminal justice system is convoluted and confusing to those who are unfamiliar with it. An experienced criminal defense attorney is an asset to your case. An attorney like Belén Olmedo Guerra is ready to fight aggressively for your freedom and answer all your questions about this alarming situation. We know that arrests and indictments don’t wait until regular business hours–which is why Belén doesn’t make you wait either. As a 24-hour criminal defense attorney, Belén understands that the sooner we begin working on your case, the better defense strategy we can craft. If you or a loved one has been indicted in Phoenix or the surrounding areas, contact the Belén Law Firm as soon as possible. We can provide the legal help you need to get a positive resolution in your case. Don’t leave your future in the hands of an overworked attorney issued by the state. These attorneys have an extensive case load and are often only trying to get a plea bargain for you. They don’t have the time or energy to fight for the best resolution for your case. If you have been arrested or indicted in Phoenix, Belén Olmedo Guerra is the Arizona criminal defense attorney for you. Belén Olmedo Guerra is an award-winning attorney who offers unmatched legal representation. At the Belén Law Firm, we handle every case with the care and attention it deserves. The word of the day may be indictment, but we can help you at any point in your case. Schedule a free consultation today by calling (602) 715-0908.

PrevPreviousCan a Felon Get a Passport?
NextWhat is Aggravated Robbery?Next