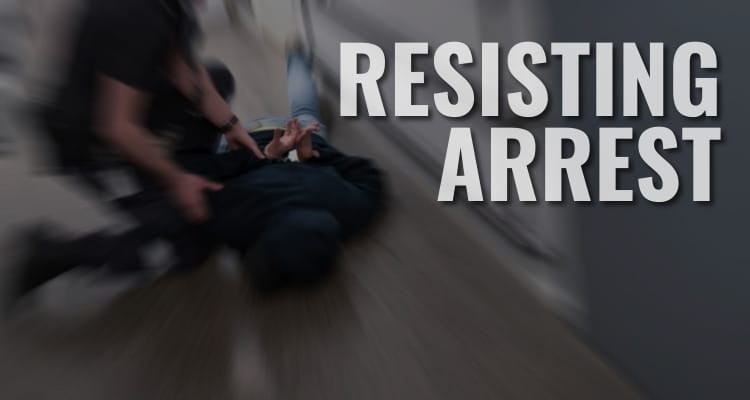 In Arizona, it’s much easier than you might think to be charged with resisting arrest. Even if your arrest did not have legal justification by the police, the courts may still find you guilty of resisting arrest. You might think that these charges require you to struggle significantly or use physical force during the arrest. However, simply making your body go limp or stiffening up actually qualifies as resisting arrest in the state of Arizona.

It is extremely important to understand what does and does not constitute resisting arrest in Arizona. Sometimes, police officers act unlawfully. Even with proper training, police make mistakes on the job fairly often. For this reason, you want to be sure that you weren’t wrongfully charged or overcharged in your situation. If you or someone you know is facing resisting arrest charges, you need an experienced Arizona criminal defense attorney on your case. At the Belén Law Firm, our main goal is to offer our resources and 24/7 legal advice to protect your rights. Call our office at 602-715-0908 today for a free case evaluation.

What is resisting arrest?

Under ARS 13-2508, resisting arrest has three main definitions. Someone who resists arrest intentionally tries to prevent someone they reasonably know to be a police officer from performing an arrest. This may be done by:

If during your arrest, you encounter multiple officers, we encourage you to keep the following information in mind. You may only be charged with one count of resisting arrest, no matter how many officers were involved. However, Arizona law allows for the officers present to be designated victims of the charge. That means they have the option to refuse an interview before your trial. This refusal ability comes from their rights as victims.

Is resisting arrest a felony or a misdemeanor?

Depending on what exactly happens in your situation, resisting arrest can either be a felony or a misdemeanor. Below, we outline the classifications.

What is resisting without violence?

Resisting without violence is another way of explaining passive resistance. As stated above, it is a Class 1 Misdemeanor. It does not involve any use of or attempted use of force or risk of injury to an officer.

What does a prosecutor have to prove for a felony charge?

Felony charges and penalties in Arizona are extremely serious. For that reason, we’ll make sure that while fighting your case, you aren’t overcharged. Prosecutors must prove that you are guilty of certain things before you can be charged with a felony.

What are the penalties for resisting arrest?

While the penalties for resisting arrest are not as steep as other felony or misdemeanor charges, they can still greatly disrupt your life, especially if you have any prior convictions. For those with prior felony convictions, you face more time in prison, and have no chance of probation. If you are convicted of resisting arrest with prior convictions, you may be charged with a Class 6 felony. A Class 6 Felony charge could result in up to 12 months in jail, or anywhere from 4 months to 2 years in prison. This is unlikely for first-time offenders.

How can I defend against this charge?

At the Belén Law Firm, we use every single piece of evidence against our client to our advantage after strict and careful scrutiny. We closely examine all the facts of our client’s cases to use in their defense, with a track record for success in previous resisting arrest charges our clients have faced. Below, we’ll show you a few of the ways we’ve gotten our clients’ charges reduced or dropped.

Do I need a lawyer for resisting arrest charges?

Absolutely. After a resisting arrest charge, it is important to have an experienced criminal defense attorney on your side. At the Belén Law Firm, we have plenty of experience handling these types of cases. When it’s your word against a police officer, you need an aggressive defense on your side. We’ll put you in the best position for a favorable outcome, and do everything in our power to protect your rights and your future. For a free initial consultation, call 602-715-0908 today.